The Hammer of the Village

- Beside the poem's charm and humour, this production is also about the Berehove company, i.e. that theatre is a means of cultural survival. We do not rearrange Petőfi's poem, but we start from the premise that the members of this company are sitting here with their suitcases because of the war and cannot be at home. Petőfi, who appears on stage, quotes from the Transcarpathian passages of his Travel Letters and we think of home... This is a playful and free performance, our contribution to the Petőfi memorial year celebrating the 200th anniversary of the poet's birth.

Bighead, a local blacksmith, a.k.a. the Hammer of the village

Mr. Bagaria, a bootmaker, a 'friend of peace'

Palkó Rubstraw, a brave and jolly groom in charge of 'the reverend's two bay colts' 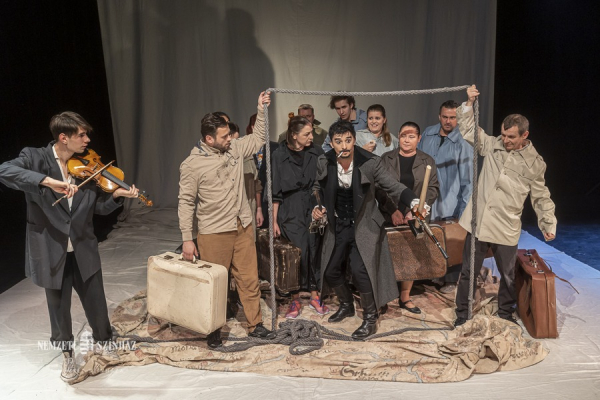 The Hammer of the Village