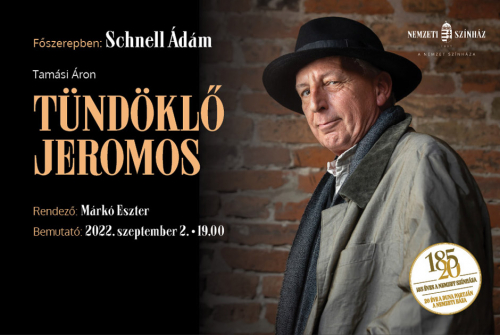 French romantic composer Hector Berlioz goes to see his childhood love Estelle Duboeuf and proposes to elope with the decent grandmother, taking her away from her family. They recall the passion of their youth, buried deep later on, conforming to conventions. But it’s never too late to “stop time”. True love lives on agelessly in everyone, it just takes courage to experience it. 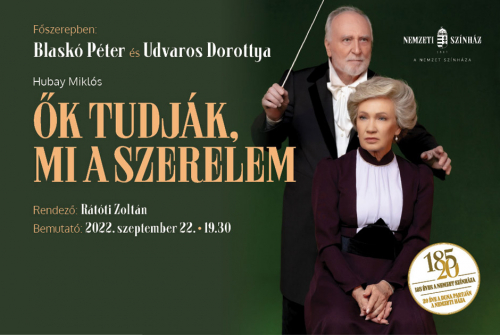 Count, politician, father and martyr – János Esterházy is one of the few 20th century statesmen who set an example for us, despite his tragic life. The National Theatre presents the trajectory of the 'Star of the Uplands' (present-day Southern Slovakia) to mark the Memorial Year commemorating the 120th anniversary of the birth of 'God's Servant János Esterházy'.

Confused Times is a profound historical and psychological play, which presents the inner motives and fateful actions of the main characters in the conflict through truth-seeking philosophical dialogues, juxtaposing diverging parallel accounts of the events. The play's key question: is there a single, objective truth? How far can individual action go and what is the extent of responsibility in a tense historical situation? What are the consequences of defying fate?

’The best way to understand a people is through its folk songs’, said Kodály, and in The Transylvanian Spinning Room, he used folk songs to achieve dramatic and theatrical impact. The story of the fair maiden, her suitor and the rich lad features well-known folk songs like Elmegyek, elmegyek (I'm going away), Én elmentem a vásárra (I've gone to the fair) and A csitári hegyek alatt (Under the Hills of Csitár). In the ninety years since its premiere, it has also been performed in drama theatres by actors with a voice for folk songs, and in 1968, it was made into a children's opera.

- We couldn't perform or revive the 2017 version due to the pandemic, so I decided to create a new performance bringing new ideas, this time with young people. When I started working on the production in 2002, I had the feeling that the world was changing. And by now, the world has changed - radically and irrevocably. And we Hungarians must come once again face-to-face with the issues that have been challenging us for a thousand years: division, discord and hatred, passed down through the generations. What's going on in the world today? What is happening to us? Whose interest does that serve? How does the next generation, how do young people relate to their ancestors' self-perpetuating conflicts?