Attila Vidnyánszky Jr., who was born in 1993, and Miklós Vecsei, who was born in 1992, completed their studies in directing at the Academy of Drama and Film in Budapest in 2015, where they studied under László Marton, Géza D. Hegedűs, and Péter Forgács. Vidnyánszky has been given prominent roles, for instance in productions that were performed in the Comedy Theatre of Budapest and the Hungarian National Theatre. Vecsei played several roles in productions that were performed in the Csokonai Theatre in Debrecen, and at the moment he is a member of the theatre company of the Comedy Theatre of Budapest. Vidnyánszky and Vecsei worked together on performances as university students, and after having completed their studies, they brought contemporary interpretations of classic works of the theatre to the stage in the Radnóti Theatre, in Budaörs, and in Debrecen. Their most important performances include roles in Ede Szigligeti’s Young Lilly, Bulgakov’s Ivan the Terrible, and Shakespeare’s Timon of Athens. They have given their theatre formation the name Stalker Group. 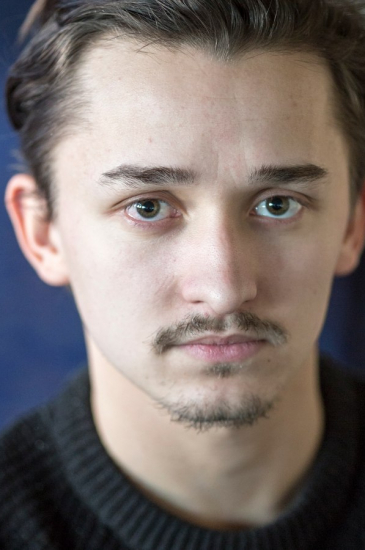