You know there is no Forgiveness 12

For Hobo, Attila József is one of the great poets, alongside such figures as János Pilinszky, Villon, Faludy, Vysotsky, and Ginsberg. Hobo performed poems by József that had been put to music in his earliest concerts. “I read the works of Attila József like sacred texts,” he says, “and sometimes I feel as if I were seeing my own thoughts, written down. My goal with the performance was to draw viewers in and prompt them to reflect.” He has taken this production to towns all over Hungary, as well as to Hungarian-speaking communities in the neighbouring states. Since the premier, which was held in the New Theatre, the production has been performed in the Csokonai Theatre in Debrecen, the Budapesti Kamaraszínház, and the National Theatre. 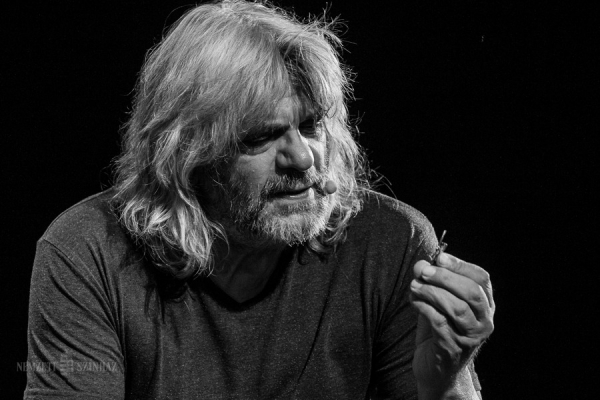