The phantom pain of the Trianon peace dictate, which has resulted in a mutilated rump country, is felt to this very day. The Hungarians longing for the restoration of the former world order had to realise, having paid the blood-debt of another war, that even if there was a historical equilibrium, it would only reflect the victors’ point of view. And what overwrites that is people staying in their native land. Just as Albert Wass says that God, at the beginning, spread the Szeklers (ethnic Hungarians living in the Szekler Region of present-day Romania) from the palm of his hand, scattering hard-working and stubborn people over a stretch of the Earth, so will their timeless presence guarantee their continuity.

This is what our production intends to show, shedding light on the Trianon Peace Treaty from many angles from the First World War to the present day. Within this context, Albert Wass' novel Thirteen Apple Trees is the starting point for presenting the Szeklers’ persistent, sometimes bitter, at times hearty, but always straight-from-the-gut humour, on which their survival is based. The notions of the peace dictate and the eventuality of shifting borders – Hungarians carry their country’s borders in their rucksack and can be citizens of several countries over time without moving anywhere - represent a hundred-year-old paradox. And just as peace and dictate are in opposition to each other, so are the blameless peoples and the families helplessly pushed back and forth and forced to suffer the consequences of that decision.

Trianon is not a piece of historical data or a heading, but a public sentiment that spans a period of history. A sentiment in which people live: Hungarians, Romanians, Saxons, and the list goes on, because the map of the peoples living in the Carpathian Basin cannot be examined without the small-scale skirmishes and tit-for-tat relations involved. Because “There are regions,” writes poet Sándor Kányádi, “and these regions have become some kind of inner heartland.”

"Trianon" - permanent occupation in the face of a permanent war of independence. Shifting lands in unpredictable times. What is permanent in these lands, though, is people, i.e. the Hungarians or Szeklers who live here. They have lived here for a long time, and will continue to live here, because for them, place is existence. Regardless of history or time or historical time.

Based on documents from the period, archive records, and Albert Wass’ novel Thirteen Apple Trees, the stage book serves as a frame of reference in which to present the plight and perseverance of a small people set to persist in the "Great World Order". 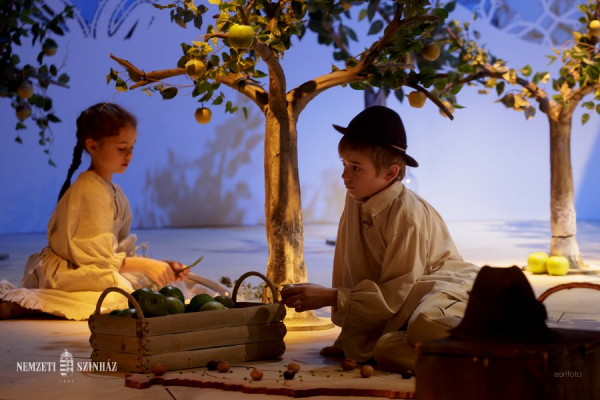 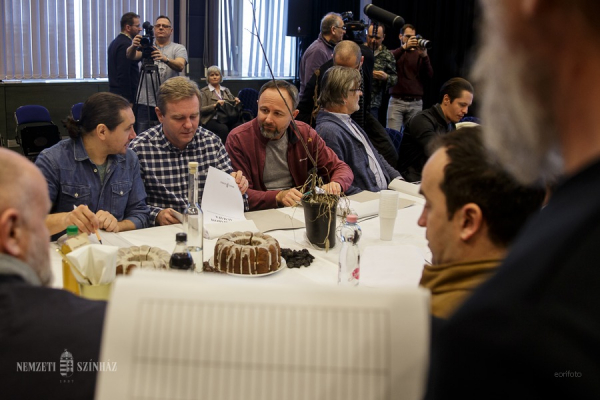