The actors begin the show. Prologue. Dim, mysterious light. An actor starts to soliloquise, about a list; he list various actor types. Meanwhile, there are all kinds of strange gestures, there is music, and choreographed movements. Then, at the end of the monologue, the speaker says, "Everyone’s here!" Everything suggests that a show is about to start. However, the actors forget their lines. What's more, not only do they not know their lines, they don't even know what play they are performing. They are waiting for the prompter to help, but the prompter is gone. Where on earth can the prompter be?

Now what? The audience sits there waiting for something to happen, but the actors are helpless. They are lost, clumsy, they try ridiculously, but they are clueless without help from the prompter.

This is the subject of the performance. This strange situation generates the conflict of the play. What are we going to do without the prompter? What can we do if there is no one to help, there is no one to rely on when we’re in trouble? Who is this prompter who always sits in the dark, with their back toward us, alone, and yet we look to this person to help us out of botched, hopeless situations?

This quest, this helplessness represent both the drama and the comedy of the play. After all, the impossibility of this basic situation is symbolically ordinary, yet absurd and comical. As the actors try to figure out what kind of play they should be performing, they actually perform a play. They act out a play about not knowing what the play is. A paradoxical situation, which at the same time, allows for constant winks toward the audience, and offers as an opportunity for humour, light-heartedness and freedom.

The performance is, in fact, a flight of fancy, a tour de table around a topic, a series of thoughts about variations on an ancient human situation, in which one needs support, a point of certainty, a prompt, a Prompter, so as not to be exposed to the world, not to be lost in it like the actors on stage during the performance.

The goal of this absurd intellectual comedy is, of course, to speak not only to the minds, but also to the hearts of the audience. This is facilitated by the songs played from time to time, sort of summing up the thoughts. Through them, we try to reach out to people’s souls, since that is eventually what we intend to say something fundamental and original about. 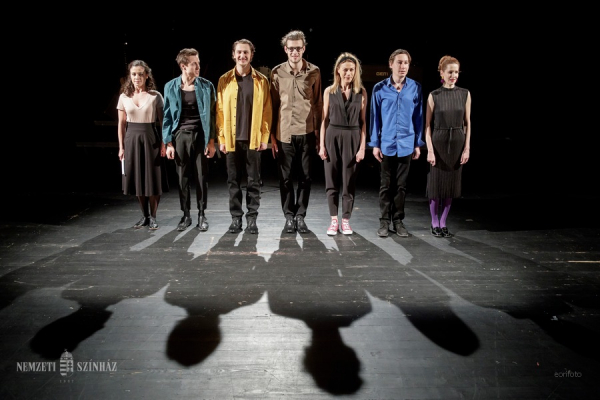 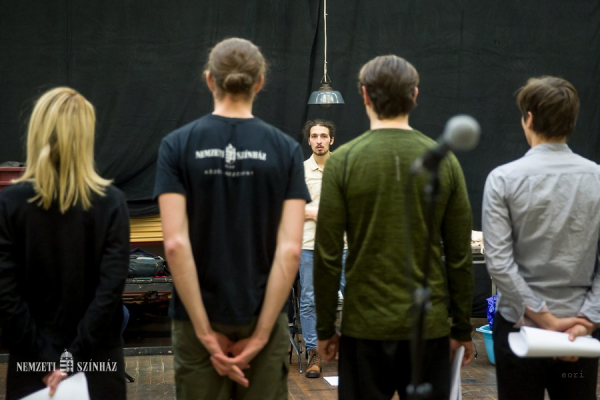 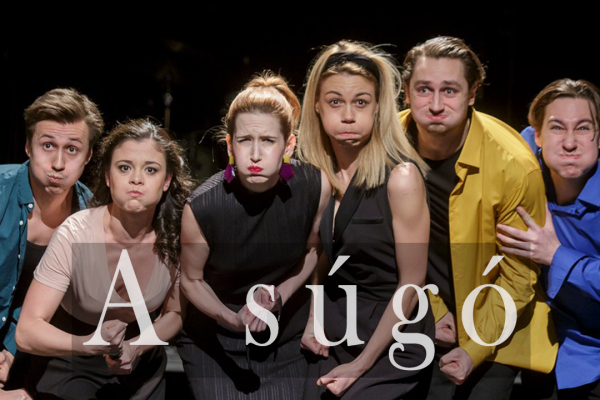