The Flowers of the Gulag Document drama with music

– A lot of tragic events took place in the country during the last century. Around the turn of the millennium, I wrote Soldier’s Ballad in co-operation with Ghymes Band, in memory of the soldiers fallen at the Don Bend. It wasn’t even noticed, which is no big deal, that happens. The Holocaust was portrayed by serious works worldwide and also at home, other events of Hungarian history were presented in serious works, too, but there was hardly anything about the Gulags. Apart from Sára Karig’s magnificent poems, István Eörsi’s Gulag Songs and János Rózsa’s shocking memoirs, I haven’t found many things over the years. So, neglect of the subject was one of the reasons why I started to write about the Gulags, and the other reason was that I come from a communist family and thus I am somewhat affected.

The play presents an aspect of life in the Gulags through the story of a boy born during the Second World War in a place under Soviet occupation. We are in the 1960s, the Brezhnev era. In Prison Camp Perm-36, people are getting ready to mark November 7th (for the sake of younger readers: November 7th is the anniversary of the Great October Socialist Revolution). Prisoners are ordered to take part as players or authors in the commemorative performance, i.e. to praise the regime that keeps them imprisoned – a ghastly absurdity. The cultural officer and the accordion player are casting for participants in a hut, and this is where the writings received are read, selected, this is where music plays. Eventually, the festive performance also begins here.

And Lenin, one of history’s mass murderers, also appears on the scene. He steps out of his glass coffin, so that we can laugh at him. 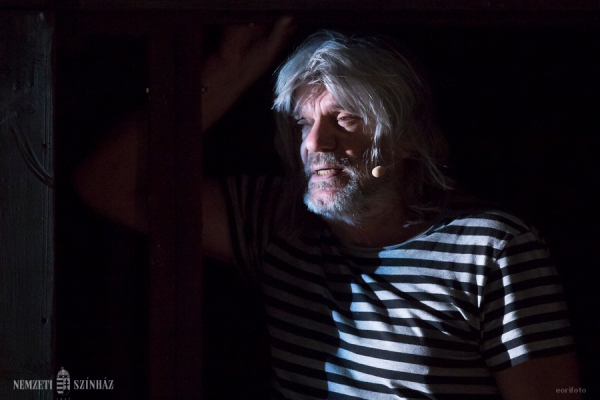 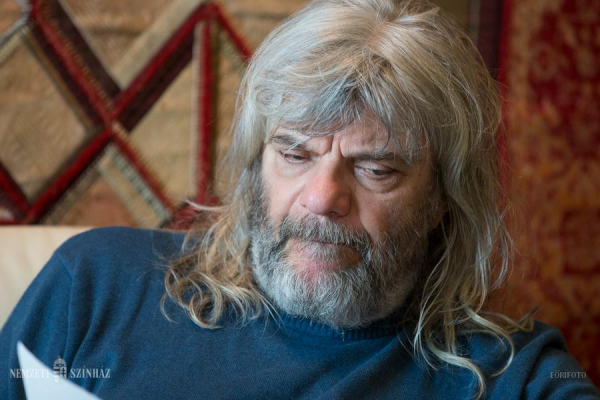