Merry-go-Round, a classic in the history of Hungarian film, is based on a novella by Imre Sarkadi. In 1956, the production by Zoltán Fábri was awarded the Palme d’Or at the Cannes Film Festival. Actress Mari Törőcsik, who played the main role, remembers a remark made by Jean Cocteau, who said that Merry-go-Round is a great film because “it resounds with love.” This story comes to life on the stage of the National Theater in a dynamic mix of dance, music, and prose.

Love, land, marriage, financial interest. Which is the most important? The happiness of young lovers or, as has been the law of the peasant world for centuries, the importance of combining lands off of which the new family can earn a living? Love? Can one build a future on the happiness of the moment? Are social law and common sense stronger than two people’s desire for each other? “I would like to create a heart-rending, beautiful tale,” said director Attila Vidnyánszky. For him, of the personal and social threads of the story, the personal is the more important. The future can be built on the strength and power of love that is fulfilled. The world-famous Hungarian National Dance Ensemble has joined the artists of the National Theater to create a poetic performance that combines prose, dance, and music. Folk dance is part of Hungary’s mother tongue, and the dancers bring tremendous energy to the stage: a rhythmic czardas, a Transylvania “szökős” captivate the audience. The production has been an enormous success.

In collaboration with the Hungarian National Dance Ensemble 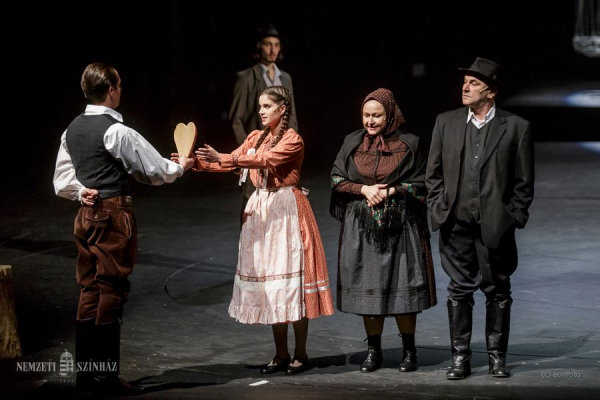 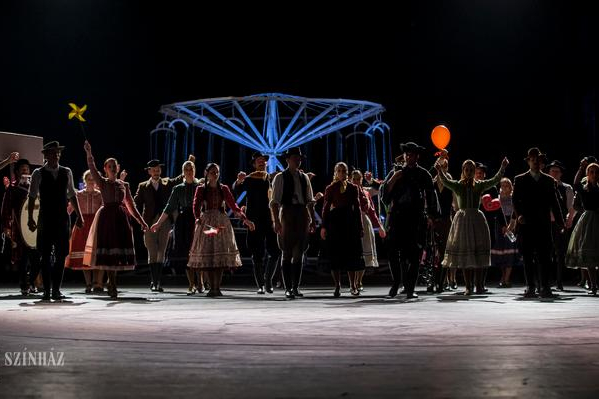