Aleksandar Popovski was born in 1969 in Skopje. He graduated in theatre and film directing from the University of St. Cyril and Methodius in Skopje. By 2000, with his debut direction of Don Quixote at the Maribor Drama, he had already directed many successful productions with independent theatre groups and in institutional theatres in Northern Macedonia, Serbia and Croatia. From Slovenia (where he also collaborated with the Celje City Theatre, Drama Ljubljana, Slovenian Theatre in Trieste, Ljubljana City Theatre) and the former Yugoslav republics, he expanded his workspace to Italy, Greece, Austria, Turkey, Sweden, Denmark, England, and Germany. His oeuvre already includes more than seventy productions, a third of which he created in Slovenia. Through his way of working and personal attitude, he brought a unique mixture of lightness and joy into the Slovene theatre space, a distinctive theatrical “joie de vivre” that radiates fervent devotion, aspiration for dreams and desire to move borders, providing space for music and laughter. As of the 2018/2019 season, he is the Maribor Drama artistic director. 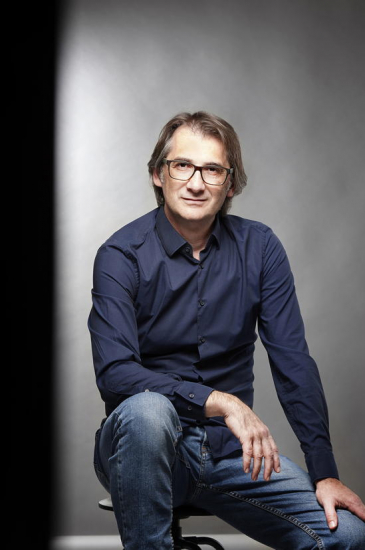